0
was successfully added to your cart.
Back to lists
Cheonan Asan Runners (CARs)
Mar 16, 2019

There aren’t many communities for foreigners in Cheonan. Today, I will introduce you to a small community called “CARs”, short for Cheonan Asan Runners.

It is a runners community supervised by an American and is a private group on Facebook. Since it is a private group, searching for it online is possible but to be able to read its contents, you must sign up for admissions and get confirmed by the administering. The following is an introduction of the group on their Facebook page.

“This is a running group for those who like to run, or are simply interested in starting. There are runners of every level in this group who I am sure are excited to help and grow as runners and friends. If anyone ever has any questions feel free to ask, and just be kind, no bullying.”

You don’t necessarily have to be a full marathoner to sign up for this group. It is opened for people who love to jog or light running. If you look at the posts on the FB page, there are few posts to go for a run for about 5~10 kilos on weekend mornings.

Of course, if you are a beginner, 5 kilos a day seems way over the line but if you take your run regularly, 5 kilos could be a piece of cake. Also, you are not running alone but with others, so the running pace can be fastened and quickened.

It is a tedious thing to do, running, but with others, it could be a fun run!

Meeting places are not set in stone but if you look at past posts, they are usually meeting in front of the Shinsegae Department store in Shin-bu dong.

Not only the leader of the group can post but anyone who wants to run can, on the Meet-up post. Anyone can choose the time and place for a meet-up.

If you don’t want to work out alone and want to have fun running, it can be a good decision to leave a post and meet your running buddies.

Every May in Cheon-An, there is a Gwan-Soon Yoo Marathon, so it would be a good idea to make friends beforehand and join the race.

I hope you can find your running mate at CARS!

Before closing, I will share another article from shape.com concerning 12 science-backed reasons running is really good for you.

1. Running Is Good for Your Heart 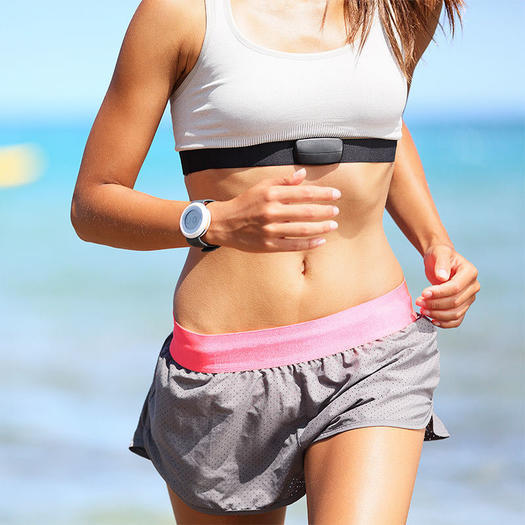 Running is the king of cardio. Running even five to 10 minutes a day, at slow speeds (how does a nice 12-minute mile sound to you?) is associated with a drastically reduced risk of dying from cardiovascular disease, according to a landmark study in the Journal of the American College of Cardiology. Compared with never-runners, regular runners have half the chance of dying from heart disease. Every time you run, you decrease your resting heart rate, so your heart doesn’t need to work as hard, says exercise physiologist Greg Justice, founder of AYC Health & Fitness in Kansas City. 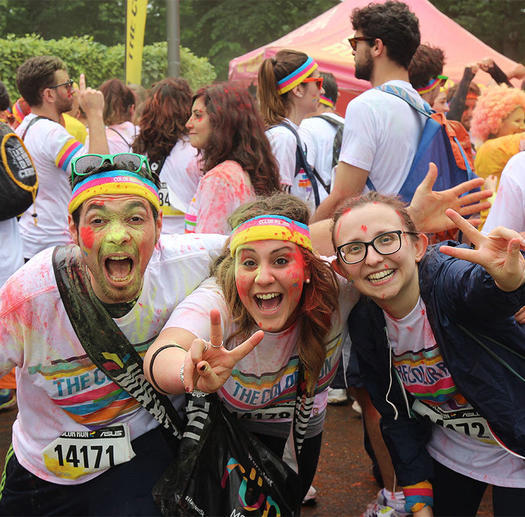 When you run, your brain pumps out two powerful feel-good chemicals, endorphins and endocannabinoids, which explains Justice. The latter sounds a lot like cannabis, right? That’s for a reason. Chemically, the endocannabinoids your body produces during a run aren’t all that different from marijuana’s mood-altering chemical, THC. The most studied mid-run endocannabinoid, called anandamide, was actually discovered when scientists were trying to figure out how pot gets people lit. 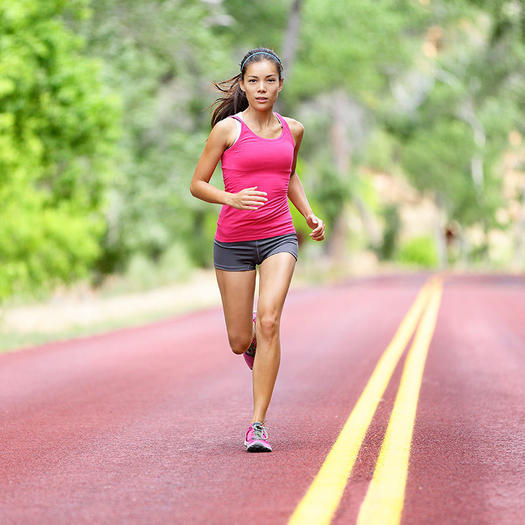 A Medicine & Science in Sports & Exercise study of nearly 100,000 runners and walkers found that, nope, running doesn’t up to the risk of osteoarthritis—even people who cover 26.2 miles on the regular. In fact, the study showed runners were half as likely to suffer from knee osteoarthritis compared with walkers. Surprised? Every time you pound the pavement, you stress your bones and cartilage, just like your muscles, causing them to spring back stronger, explains Janet Hamilton, CSCS, an exercise physiologist with Running Strong in Atlanta. Low-impact exercises like walking, spinning or swimming, don’t have the same bone-building benefits of running. 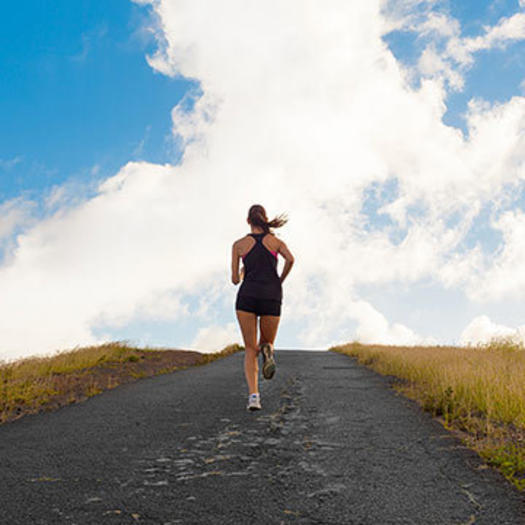 Running requires a lot of fuel (aka calories). In fact, the average 150-pound person will burn about 12.2 calories per minute running a 10-minute mile, Hamilton says. Not too shabby, eh? And that’s the body benefit of running on flat terrain. Head outside where wind and hills up your effort and you can expect to burn even more.

5. Running Is a Killer Leg Workout

Your body’s biggest muscles are all in your legs, and running is advantageous to all of them: your inner and outer thighs, your gluteus maximus (get ready to turn some heads with your backside!), quads, hamstrings, and calves, Justice says. It’s like a dozen leg workouts in one. 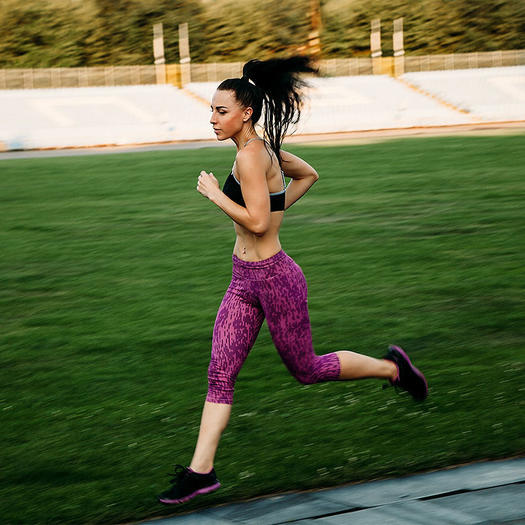 The lower body isn’t the only part of you that feels the benefits of running. It’s a core-carver, challenging not only your six-pack rectus abdominis, but also the deeper core muscles including your obliques, erector spinae, and transverse abdominis. Those deep muscles play important roles stabilizing your spine, transferring power between your swinging arms and legs and sucking in your gut, Justice says.

7. You Can Always Fit It In 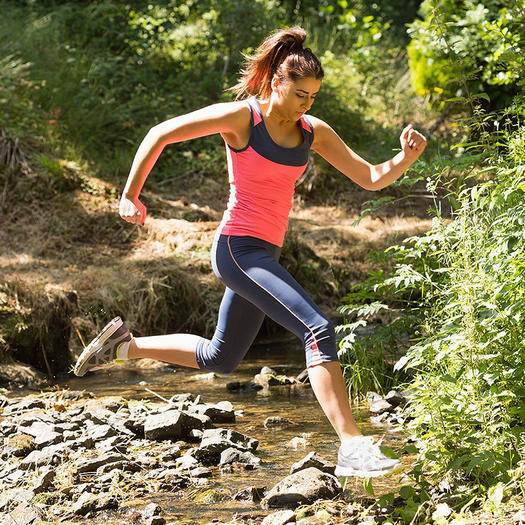 Traveling for work? Don’t you belong to a gym? Have only 10 minutes to work out? Whatever your workout constraints, you can still run, explains Hamilton. “That’s an extra advantage for busy women who can’t seem to make other workouts or classes fit their lifestyle.” And remember: The best workout is the one you’ll actually do.

The running community is a strong one and the community benefits of running are often immeasurable. “I can’t think of a better place to find wellness-focused people than a running group,” says Debora Warner, founder and program director for Mile High Run Club, a running-only fitness studio in New York City. Whether you join a running club, a charity’s running team, or just take a look around during your first 10K, you’ll be amazed at all the support and good vibes you get. 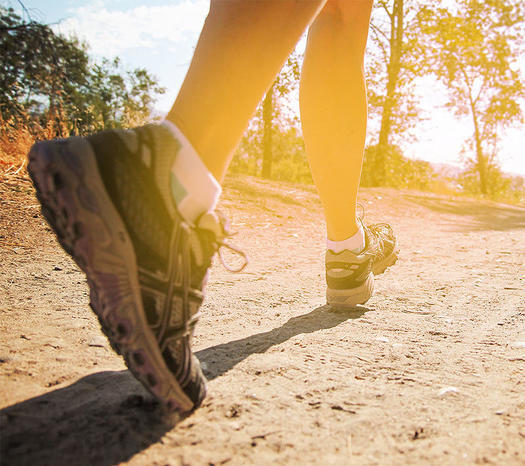 “Many runners find that the time alone allows them to think and problem solve,” Hamilton says.”Taking a run-break from a stressful project can help you return feeling refreshed and insightful.” A mounting body of research shows that meditation can boost your gray matter, improve focus, and fight depression and anxiety.

While running is no substitute for the help of a trained human professional, a Medicine & Science in Sports & Exercise study showed that physical activity acts as an effective alternative to treating depression. Combine your miles with a pre- or post-workout meditation session, and the benefits are substantial, research published in the journal Translational Psychiatry reported.

10. Running Can Improve Your Memory 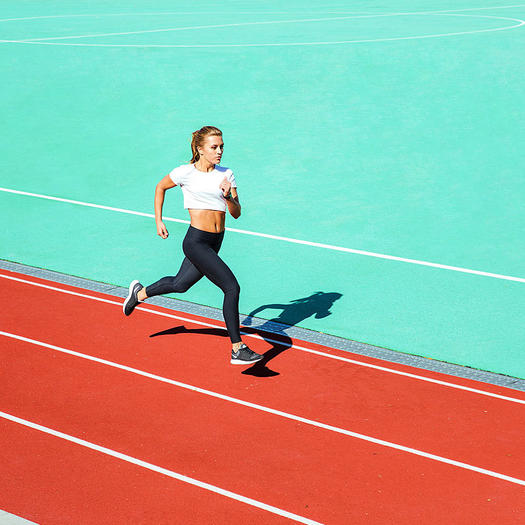 Can’t remember what you had for lunch yesterday, or where you put your favorite pair of New Balances after last week’s Barry’s Bootcamp session? Lace up and hit the road, because going for a run can directly affect your brain in the short- and long-term. A 2014 study at the University of British Columbia revealed that regular aerobic exercise—the kind that gets your heart rate up and makes you sweat, a la SoulCycle or running—can boost the size of your hippocampus. And that’s a good thing: The hippocampus is the area of the brain involved in verbal memory and learning. (In fact, Time on the Treadmill May Counteract Alzheimer’s Disease Symptoms.)

“With running, there’s not much of a ‘learning curve’ like there might be for other fitness activities like group dance classes, Olympic lifting, CrossFit, or yoga,” Hamilton says. “Running’s also not as form-dependent as swimming, and because running is a such a natural motion, if you don’t overthink it, your reflexes will just kick in.” And away you go!

12. It Doesn’t Take a Lot to Reap the Benefits of Running 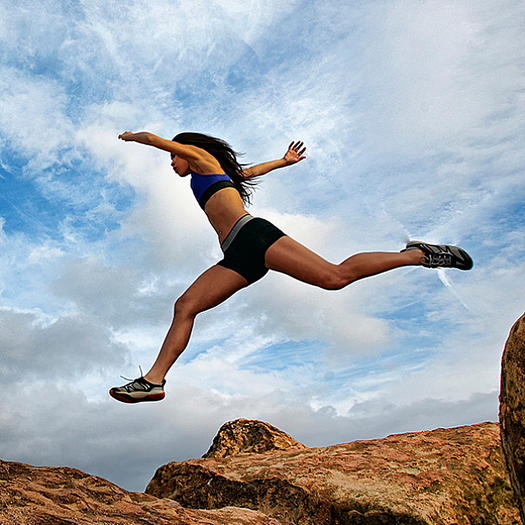 You don’t need to be a marathon runner to reap all these running-related rewards. Instead, according to a meta-analysis published in the Mayo Clinic Proceedings, running just 50 minutes per week—the equivalent of one six-mile run or two 5Ks—can protect the body from risk for stroke, arthritis, diabetes, high cholesterol, high blood pressure, and some cancers.